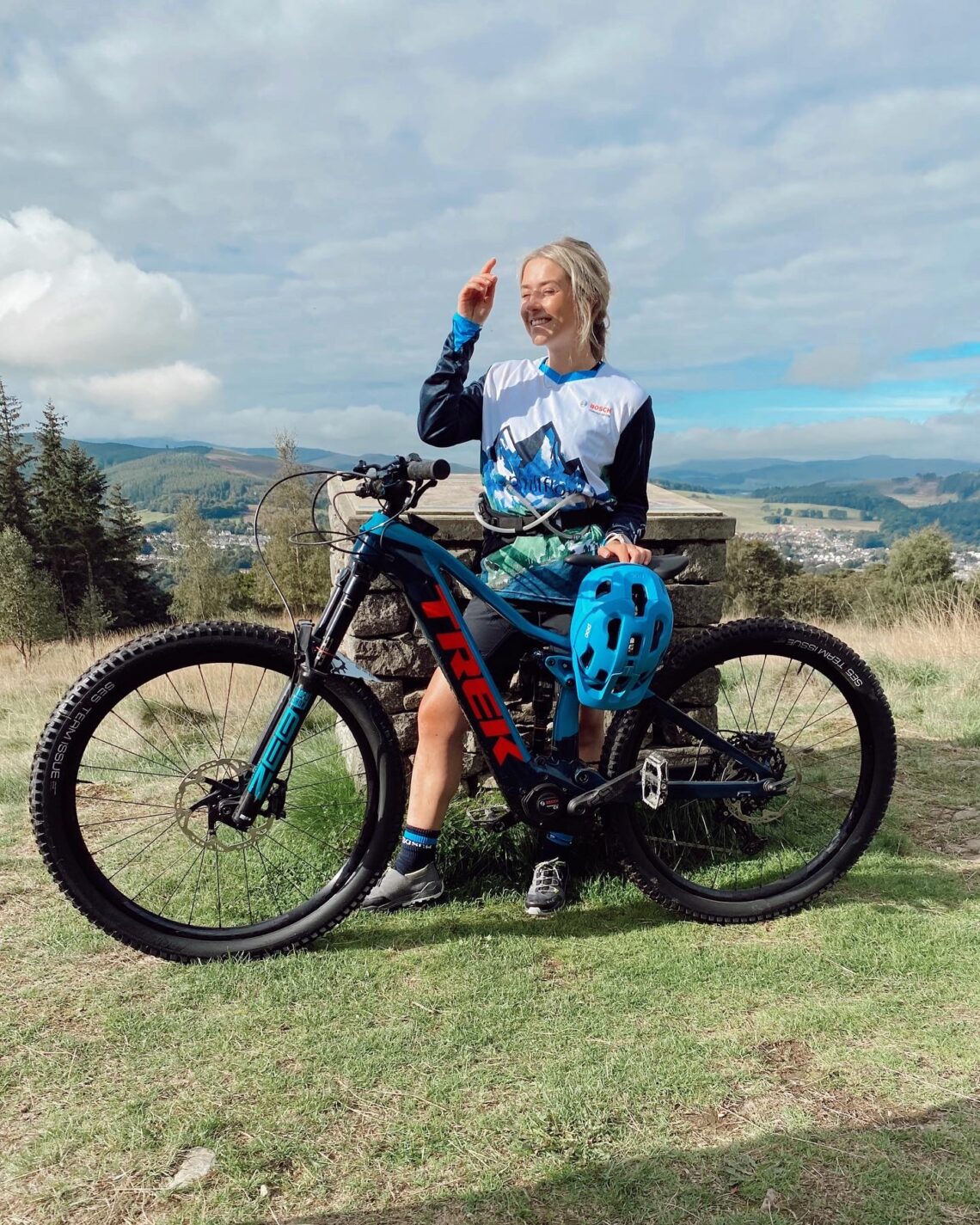 Last weekend, I was lucky enough to attend Europe’s most exciting eBike adventure at TweedLove Festival in Peebles with Bosch.

I know I know, it sounds outrageous, and if I’m honest, it was a real whirlwind 36 hours. I hopped on the 9:36am train from Bath Spa, travelled up through the UK and found myself in Edinburgh just before 5pm. An hour later, I was at a hotel in Peebles, awaiting my itinerary for the weekend. Here’s the full lowdown of the event!

When I walked into my hotel room, I was pleasantly greeted with an extensive itinerary, preparation list and MTB kit drop, SO lucky I know. I had the biggest grin on my face and even though I was so nervous, I was also so, so excited. The event start time was bright and early Saturday AM so it was nice to have some time to get my head around what I was about to take part in and also make the most of a private hotel room all to myself!! AKA – a 9pm bedtime and I’m absolutely not ashamed of it.

I did a bit of research and found that the Peebles TweedLove Festival is quite literally a hub for bike lovers and this year, there was a focus on e-bikes.

I’d heard a little bit about e-bikes but if I’m honest, I didn’t know much and actually thought it was a lazy way of riding bikes. I was wrong. After googling, I learnt that the challenge would take part on a variety of trails, against the stunning scenic backdrop in the Scottish Highlands of Tweed Valley. Covering some 35km and ascending 1,000 metres, riding technique, orientation and fitness levels were as important as the bike.

The stages offered a mix of uphill and downhill riding against the clock. The trails were designed for all levels: amateur to advanced. And praise the lord because I was sitting firmly in the amateur category.

I met the rest of the riders over an early morning breakfast buffet which IMO, is the best way to meet new people. We were a team of 4 and everyone was SO lovely, a great mix of people: a pro F1 driver, F1 events manager, content creator, bike pro and me. Lol.

Fuelled and adequately caffeinated, we jumped in the cars and headed down to the festival. Padded shorts on, bikes fitted and batteries fully charged, we were given a short demo about how the Bosch eBikes actually work.

The Bosch Performance system has 4 levels of assist: Eco (least assist), Tour, Sport and Turbo which speaks for itself. Each level adds more power, but drains the battery. The bike can also be ‘on’ and give no assistance which I thought was great as it gives you the option for both assist and no assist.

The bike also had a quick release lever (probably not the correct bike lingo but I hope you know what I mean!) so the seat can be easily moved up and down, depending on the terrain you’re riding. The LED information panel is in the middle of the frame and controls the power output.

We were SO lucky to be given a crash course on eMTB cycling with the undisputed Queen of Mountain Biking Tracey Moseley who by the way, has two Downhill World Cups, three Enduro World Champion winos and lots of TweedLove top steps in her remit. She took us on the trails, explained everything and was so patient.

We powered up the hills riding past every other rider slogging up the incline and I felt incredibly guilty doing so. The ‘Tour’ setting definitely gives you a bit of oomph as you pedal, and dramatically increases your ability to climb whilst increasing speed. It basically turns you into the rider you’ve probably always dreamed of being: fast, powerful, stable with crazy hill ability.

The system really works and is nonintrusive, there is no lurching, weirdness, or sudden acceleration. You get used to it in about two minutes and then you never want it to end. Going back to a purely pedal-powered bike will not be easy that’s for sure!

As someone who is pretty nervous at the thought of ‘adventurous’ sport, I cannot even begin to tell you how much I loved it. The only way I can describe the feeling is like trail running downhill: you feel totally weightless and the things you might have been worrying about 2 minutes ago completely dissolve. The only thing that matters is what is immediately in front of you (and not falling off the bike).

The good news is, you don’t have to travel all the way to Peebles to try out MTB trails. There are some great centres here in the South West. The closet trail to Bath, is Ashton Court, Nova which I’m told, is great for beginners and experienced riders. You’ll find an MTB centre and a coffee shop where you can hire both kit, bikes and refuel with an almond croissant or two.

I’m honestly so grateful to Bosch for this epic adventure and experience and am already looking forward to getting back on that bike!!

Let me ask you, what’s stopping you from giving it a go? If I can do it, so can you.

*This was part of a paid-partnership with Bosch but as always, all views are my own*. 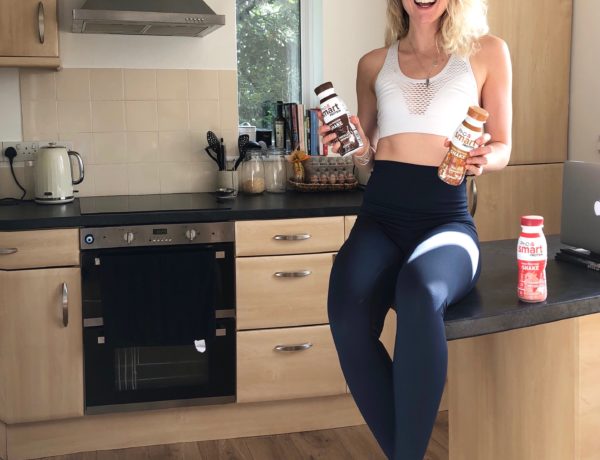 BENEFITS OF INCREASING YOUR PROTEIN INTAKE. 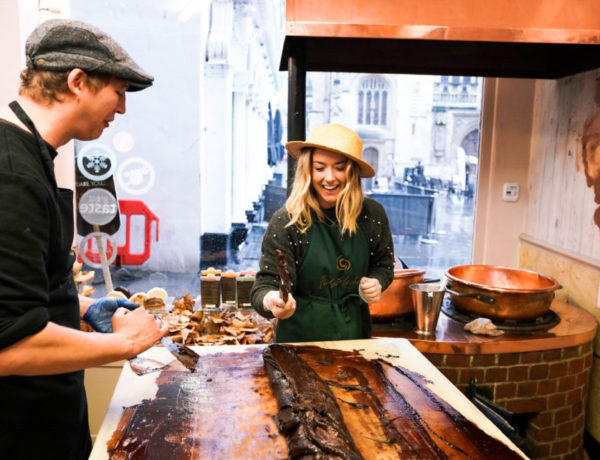 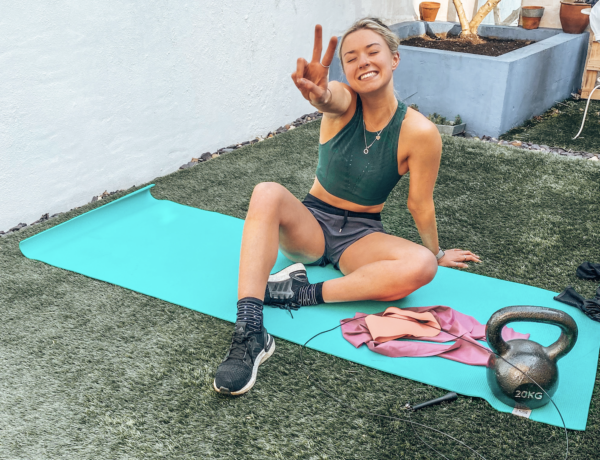 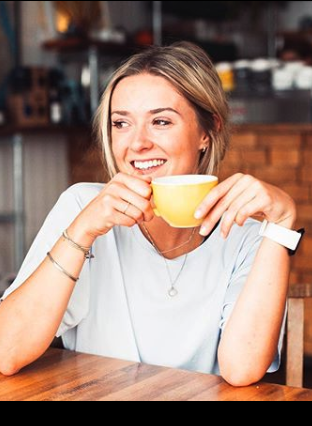 This error message is only visible to WordPress admins


Error: API requests are being delayed. New posts will not be retrieved.

Error: API requests are being delayed for this account. New posts will not be retrieved.